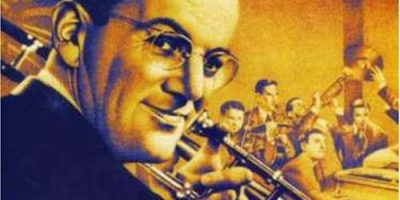 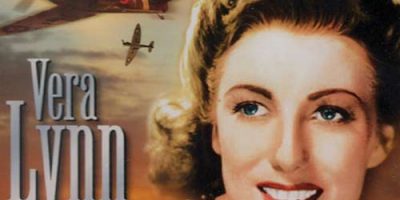 I stand at your gate and the song that I sing is of moonlight.

I stand and I wait for the touch of your hand in the June night.

The roses are sighing a moonlight serenade.

The stars are aglow and tonight how their light sets me dreaming.

My love, do you know that your eyes are like stars brightly beaming?

I bring you and sing you a moonlight serenade.

Let us stray till break of day

In love’s valley of dreams.

Just you and I, a summer sky,

A heavenly breeze kissing the trees.

So don’t let me wait, come to me tenderly in the June night.

I stand at your gate and I sing you a song in the moonlight,

A love song, my darling, a moonlight serenade.

The original score for “Moonlight Serenade” was initially called “Miller’s Tune” and was written by Alton Glenn Miller, an American jazz performer, in 1935 while he was the trombonist for the Ray Noble band. Miller was known for “entertain[ing] troops with catchy toe-tapping beats and sentimental tunes during WWII.” (Knight 2009) After naming the tune “Miller’s Tune” a lyricist by the name of Eddie Hayman added some lyrics and the song was the titled “As I Lay Me Down To Weep” (the lyrics added by Hayman can be found below). Both the song title and the lyrics within it were full of sorrow. Because of this, Miller never published this version of the song. In 1938, Miller released the more serenading version of the song which is what we know today as “Moonlight Serenade”. The song was a success, because it boosted the morality of the people in war time. Knight states that “Miller recognized the importance of the entertainment he supplied” because it “gave soldiers reprieve from the terrors of war” and “boost[ed] the moral of the troops while they were fighting” (2009) in it. It comes as no surprise then that Miller joined the US Air Force and reconstructed the armies band into what it is known today. 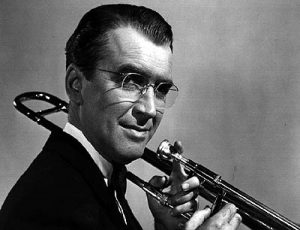 “As I Lay Me Down To Weep” lyrics:

I’ll just lay me down to weep

During his enlistment, Miller performed the song with his Air Force band over 800 times. 500 of those performances were broadcasted live across the nation and over 300 times he performed with in person. I believe these performances and the song itself was targeted towards soldiers and the loved ones that they left back home. It is my belief that the song was specifically written to ease the distance caused by the war and also to ease the woes that came with relationships in war time. My views are exemplified by lyrics such as “I stand and I wait for the touch of your hand in the June night” and “so don’t let me wait, come to me tenderly in the June night.” The standing and waiting here gives way to the idea of a woman waiting for her partner to come back. The imaging of coming back is very relevant to war time especially when one does not know if their significant other would ever come back home at all. In addition, I think that the use of words such as tenderly, kisses, heavenly summer, sky and dreams are used in opposition of the rage that war ensues, which was Miller’s prerogative(too take the stresses of war away via music). These words elude to feelings of love and light heartedness. Even as I right this and have the song on repeat I can’t help but feel relaxed. Despite the stresses of end of the term papers and finals. Miller was en route to perform for some American soldiers who had attributed to the liberation of France in December of 1944. He was flying there when the Airplane he was in disappeared over the English Channel. It is rumored that his plane may have crashed although it was never found. Today “Sweet Serenade” has over 207,000 views as displayed in the Youtube video above and has been performed by the likes of Frank Sinatra, Ella Fitzgerald and The Rivieras. It could be safe to say that this song is timeless.