I’m not usually one to bake, so I thought for this Food and Rationing blog I would doubly challenge myself by not only cooking with rations, but also baking a chocolate pie. To make the pie, I combined wartime pastry crust with chocolate filling. (See the recipe section below.) Because the recipe is measured for tarts (and I do not own a tart pan), I tripled the recipe to make a pie. This pie would have easily fed a family of four with leftovers for a few days.

The wartime pastry recipe is a pretty standard pie crust recipe and includes the following ingredients and directions:

Mix the flour and salt, and rub in the fat until the mixture is like fine breadcrumbs. Mix to a stiff consistency with water, using a round bladed knife. This can be used for savoury or sweet pies and tarts.

The one small difference I noticed was that the fat amount was less than we would use today. In this recipe, I decided to use Crisco for the fat, as this is still a common ingredient for pie crusts. (I imagine coconut oil could be used for a modern twist.)

The pie filling, however, is a little more unusual. This is in part due to the large amount of bread crumbs required and the use of reconstituted dried egg:

Dissolve saccharine or sugar in the milk. Beat the reconstituted egg with the sweetened milk. Pour over the breadcrumbs mixed with the cocoa. Beat well in a pan over the heat for a minute or two. Cool and pour into prepared pastry lining a deep plate. Cover with a pastry lid and bake in a moderate oven for 30 minutes.

In the photograph below you can see the large amount of bread crumbs needed in the lower righthand side of the picture. Next to this, in a small glass bowl, is the dried egg (before I reconstituted it). It had the slight odor of dog food. 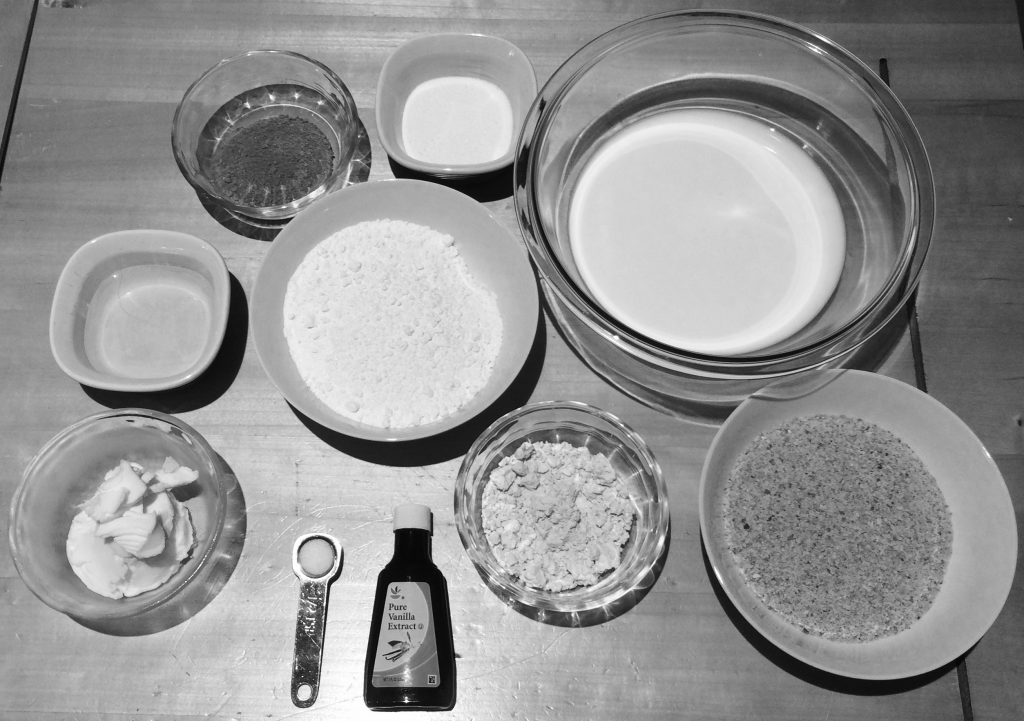 Ingredients for a wartime chocolate pie

Dried eggs were, according to the website Recipes of Past and Present, meant to supplement Britain’s egg intake. They were made in the US and began being shipped to Britain in 1942. Dried eggs were, and still are, made with no additives and they easily reconstitute with the addition of water. Today, dried eggs are commonly used during camping trips and there are a number of brands available. I found this version on Amazon. 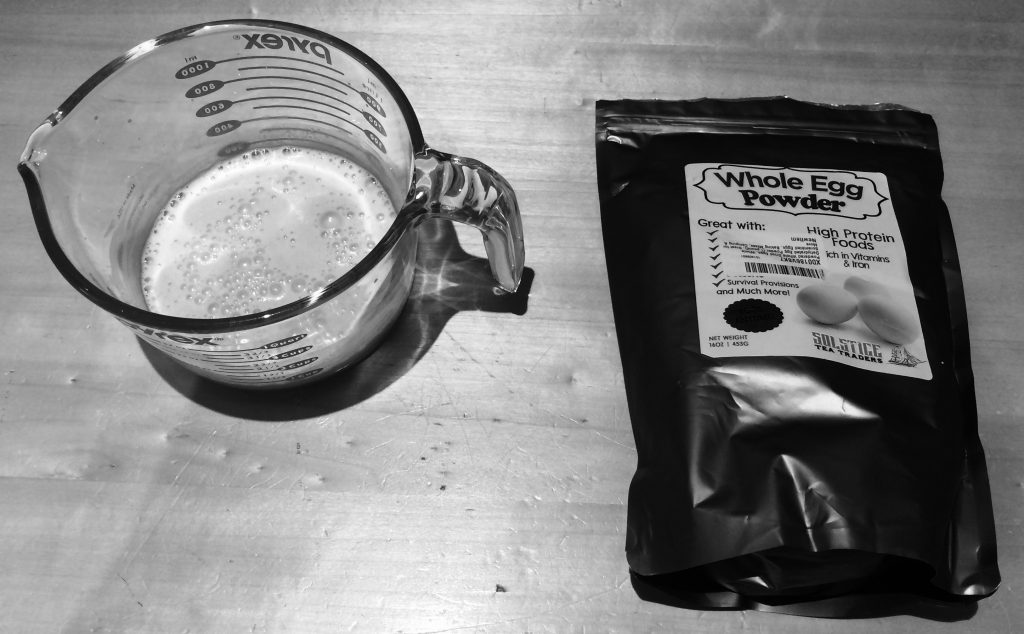 The cooking process was easy enough. The dough had to be made separately and refrigerated before it could be rolled out and placed in a pie tin. The filling, however, needed to be cooked on a stove top. Or rather I assumed that it needed to be cooked on a stove top, as the directions vaguely required that the mixture be placed “over the heat.” It is this vagueness that was perhaps the largest hurdle in following this recipe. For example, when the pie had to be placed in the oven, the directions simply read “bake in a moderate oven.” Today, we expect to be told exact temperatures. I image that heating possibilities in 1940s ovens were not as exact or numerous as our ovens today. But I took an educated guess and chose to heat the pie at 350 degrees, a standard temperature for a number of pies. 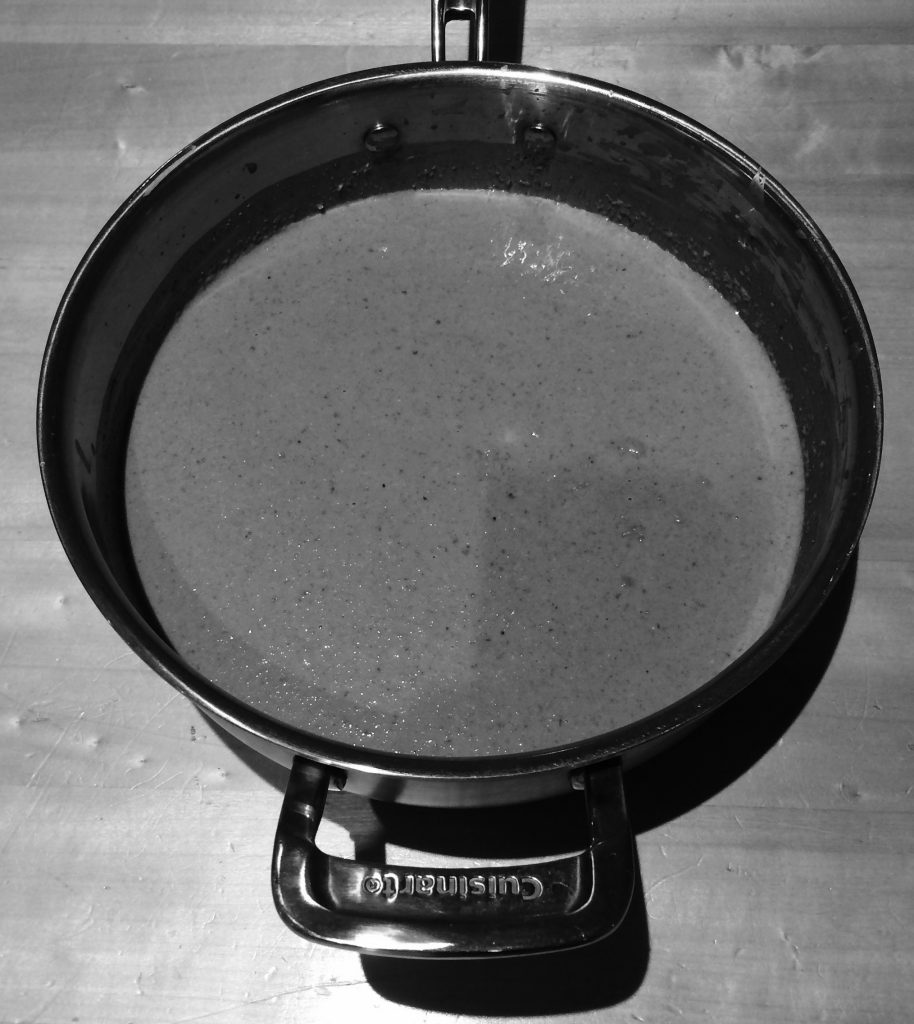 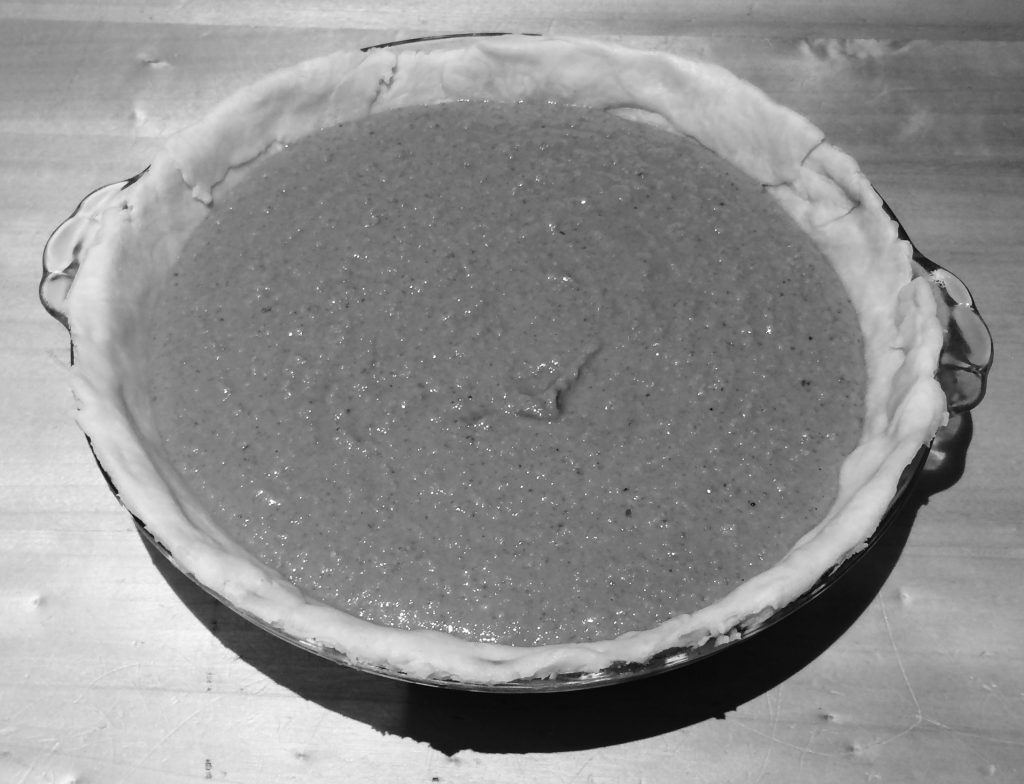 Ready to go in the oven. At this point the pie still does not look appetizing.

After 30 minutes I removed the pie from the oven and let it sit for about an hour to congeal a little more. The top layer of the pie certainly looked darker and more appetizing. It almost looked as if there was enough cocoa powder in the mixture to make it tasty. 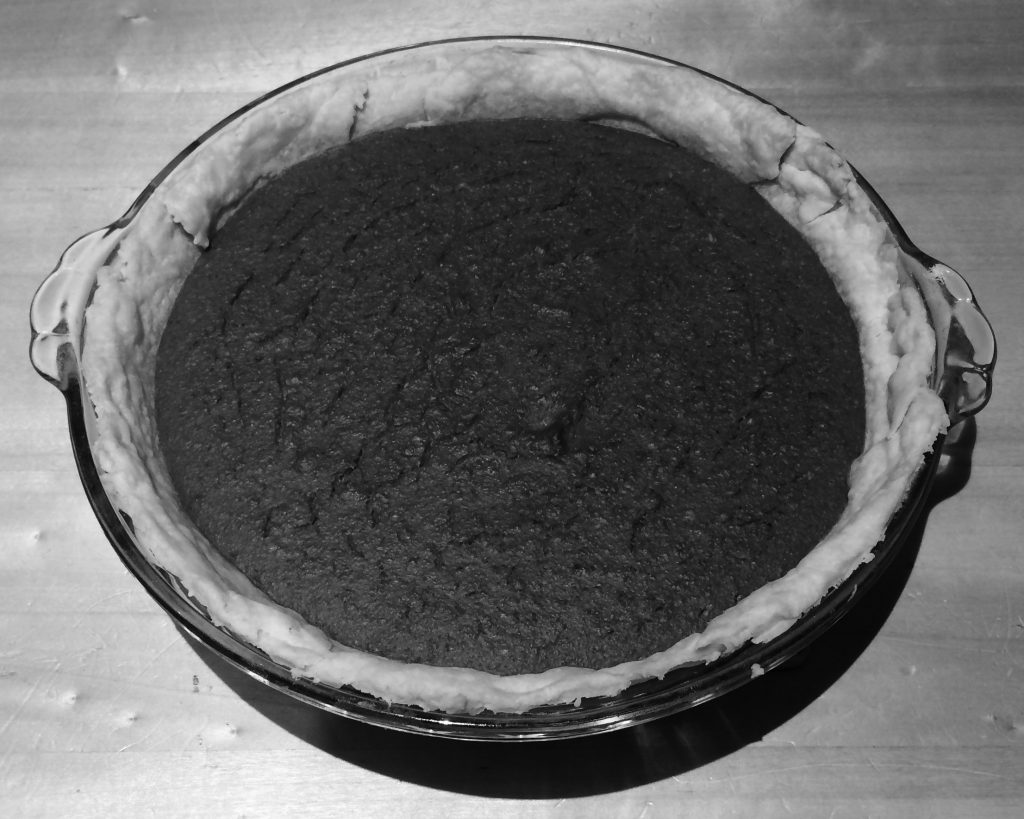 Looking better than I imagined. Perhaps it tastes like chocolate too?

The taste test, however, was less than pleasurable. The pie didn’t taste bad, per se; it was just VERY bland. The filling’s texture was mushy, like eating soggy bread, and the hint of vanilla, cocoa, and sugar that the recipe called for was not enough to bring out any noticeable or enjoyable chocolate flavor. I didn’t notice that the reconstituted egg had any impact on the flavor of the pie, which surprised me considerably. The problem was that there were just too many bread crumbs and not enough sugar, fat, or flavoring to make this anywhere near a sweet dessert. On the positive side, however, the crust came out wonderfully! 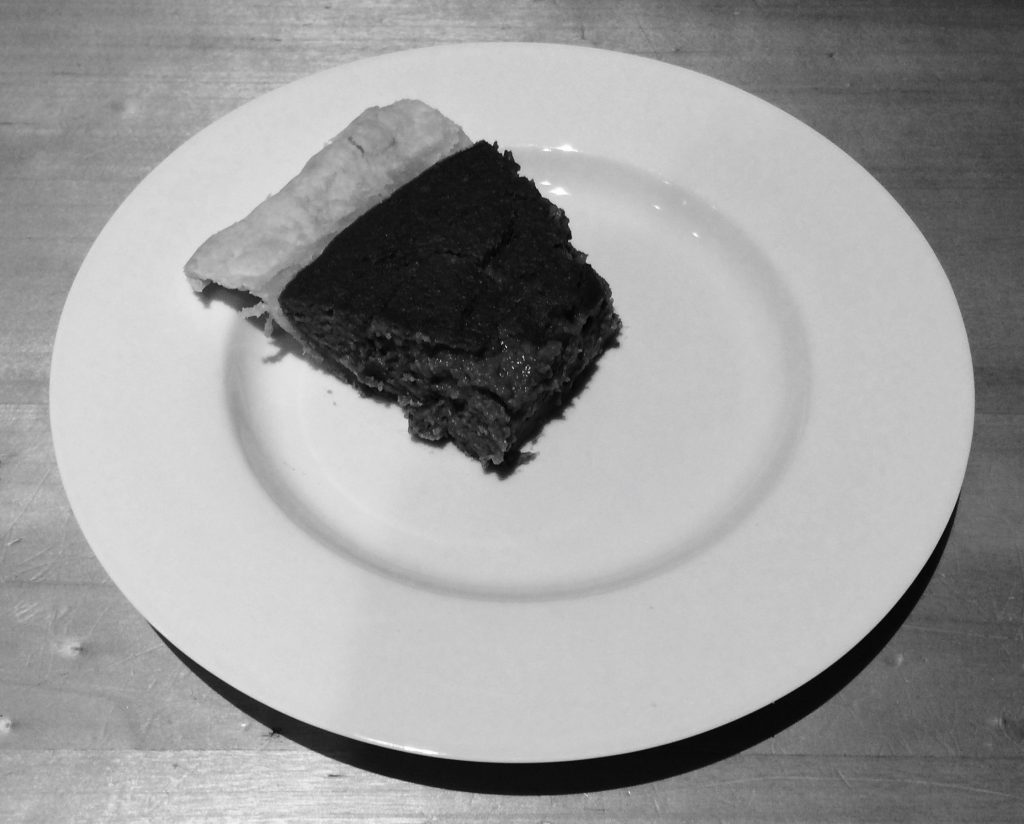 The family ate a few bites… but not much more.

In the mid-twentieth century, Britain got a reputation for very bland food that was either boiled or fried and lacked enjoyable flavors. This was, in great part, due to the impact of rationing, which Britain continued to do into the 1950s. Sugar rationing, for example, did not end until 1953, almost 10 years after the war’s end. From my experience baking  a wartime chocolate pie, it would seem that rationing had a detrimental impact on both texture and flavor. A more accurate name for this recipe might have been bread pie, as that is about all I could taste. But perhaps people had to be persuaded that they were still eating well and enjoying finer foods, even when the outcome would suggest otherwise.